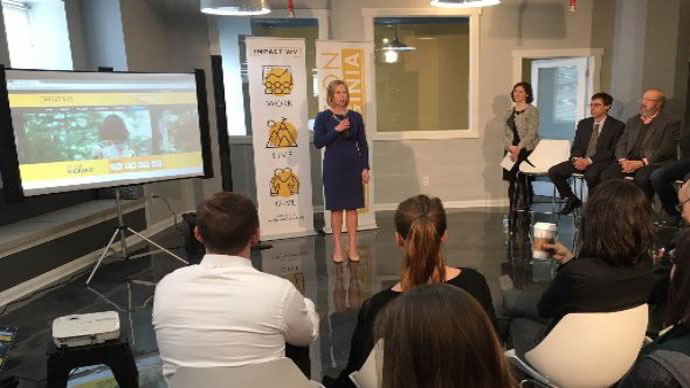 West Virginia's continuing population decline is a big concern for everyone in the state.

The Mountain State has had the biggest population loss of any state since the 2010 census - an estimated 23,000 people. That's more than the population of Weirton, the sixth largest city in the state.

Especially in recent years, it has been easy to frame the issue around the loss of coal mining jobs. But that is really only a piece of the problem. The larger concern is really the loss of young people.

But the state also has more people moving out than moving in. While part of that is job loss, the statistic also reflects young people leaving the state for other opportunities, from school to military service to other careers. Some of those are our best and brightest future talent, too.

So, retaining talented young people is crucial for West Virginia. But so is attracting young talent from other states. A new program - Impact WV - hopes to take a small step toward closing that gap by creating a special internship program with innovative companies in the state. During an announcement in Huntington this week, the effort organized by Generation West Virginia will start with seven students, who will be introduced to job and volunteer opportunities around the state.

"Impact WV hopes to introduce young talent to West Virginia companies, while also showing young people that there are a variety of viable, innovative and good-paying jobs here at home," said Natalie Roper, executive director of the nonprofit organization based in Charleston.

That is an important message, and our state universities also are in a unique position to share that with students, both from West Virginia and out of state. Marshall, for example, is partnering with local businesses in March and April for a "Career Exploration Experience" program that will introduce students to careers and job opportunities in the region.

In fact, the state's college towns should be a key focus of efforts to retain and attract young talent for the state. These are communities that already offer more of the lifestyles, activities and opportunities that many educated young people are looking for.

State leaders need to look at every opportunity to grow the state population in all age brackets, but finding successful approaches with young talent pays even greater dividends.

Originally posted on The Herald Dispatch.