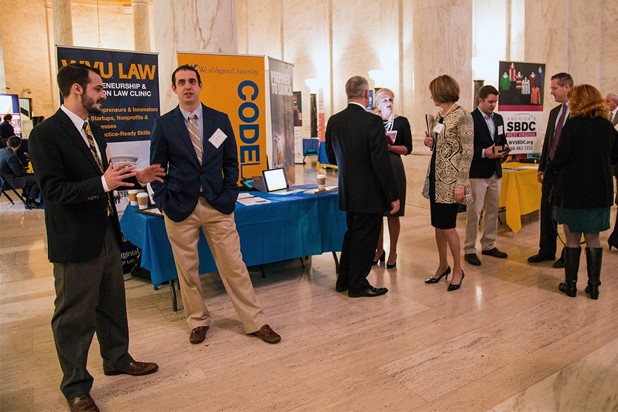 For the West Virginia Press Association

The resolution, sponsored by Minority Whip Corey Palumbo, D-Kanawha, was introduced in an effort to highlight entrepreneurial practices and long-term job creation in the Mountain State.

“I think it’s really important that we, as a legislature, focus on innovation and helping entrepreneurs,” Palumbo said. “I attended a TechConnect conference last spring and a CEO made a point that the recovery economically of our country is going to come from individual entrepreneurs creating small businesses.”

Palumbo said he agreed with the CEO, noting it was vital to identify those who possess traits of successful entrepreneurship early on.

Anne Barth, executive director of TechConnect, said the day provided an opportunity to recognize those who pursued a path less traveled.

“We’re very grateful to the Senate and Senator Palumbo for this recognition,” Barth said. “The intent of the day is to shine a spotlight on success stories around the state, and we were thrilled to honor Core10 as our Startup firm of the year for their new office in Huntington.”

The organization also awarded the Outstanding Woman in Technology honor to Arria Hines, CEO and president of Allegheny Science and Technology based in Bridgeport.