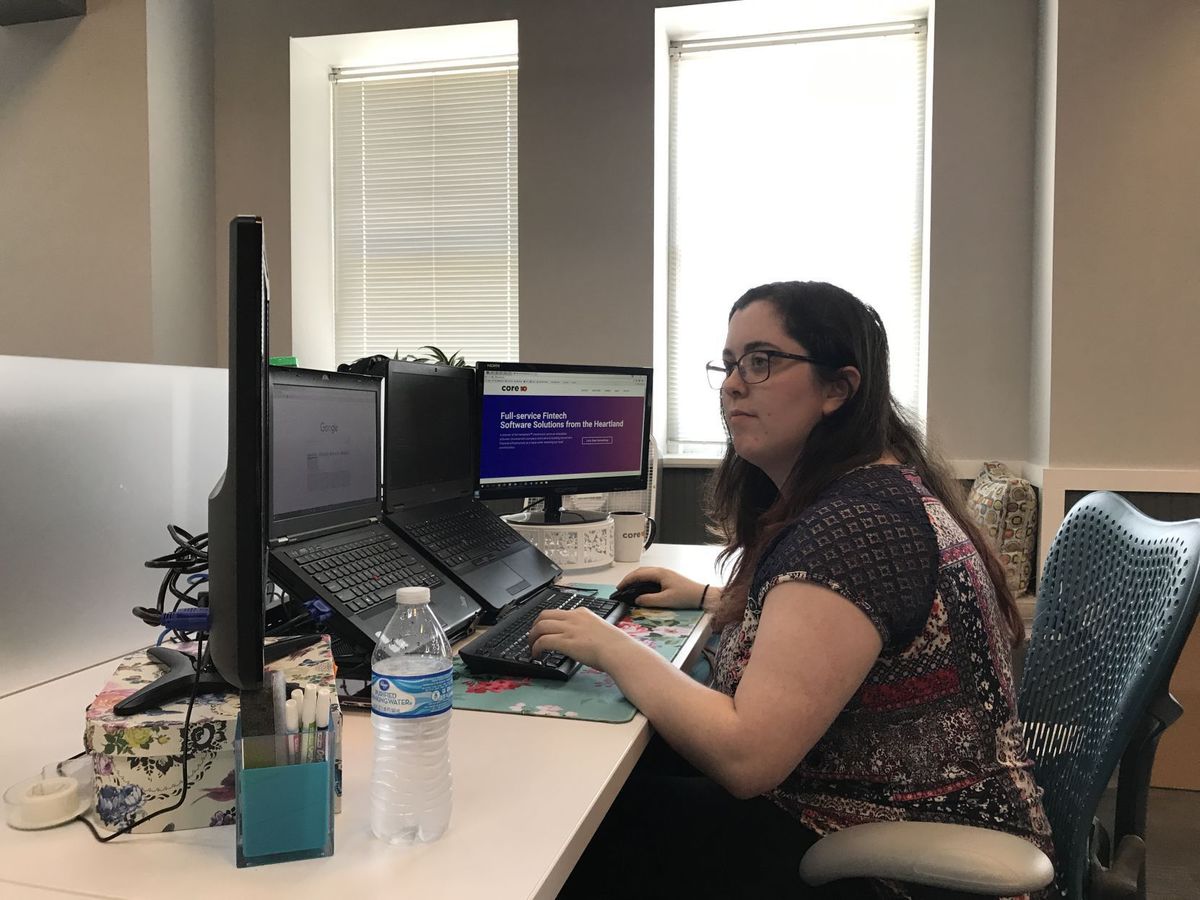 A software development company in Nashville went looking for young talent to write software for the financial services industry. Instead of looking overseas, it found what it needed in West Virginia.

It opened its first office in Huntington last year, and now it’s looking to other cities in the Mountain State should it run out of room in Huntington.

Core10 was founded by three people: Jeff Martin and Lee Farabaugh, who have roots in the software industry, and Joe Maxwell, a venture capitalist and Huntington native.

Martin is Core10’s CEO. Farabaugh is its chief operating officer.

The company produces proprietary software for what Farabaugh calls the “fintech” industry — banking, finance, alternative finance, lending and wealth management, among others.

“Technology people in Nashville are just getting too expensive,” Farabaugh said in explaining why the company looked beyond the Music City.

“We wanted a place with people who were smart, well-educated, humble, loved the area (and) wanted to stay but lacked the opportunity to do so, and Huntington just perfectly fit that bill,” she said. “Our first few grads came out of Marshall (University). We’ve since then made some strong catches at (West Virginia University), so we’re nonpartisan.”

The fact that young-developer labor costs less in Huntington than it would in other parts of the country fits in with what Farabaugh calls the “hereshore” philosophy: Rather than look offshore to find low-cost labor, why not look for it here in the United States?

The state of West Virginia helped with money from its Jobs Investment Trust. Core10 opened in temporary quarters in Huntington last year. It moved into a permanent office in the River Tower West building in downtown Huntington in November.

“I think our office would rival anything in Silicon Valley. Our team loves working there,” she said.

Most of the workers are young, such as Rachel Loudermilk, 22, who grew up in a suburb of Columbus, Ohio, and graduated from Marshall in May 2016 with a degree in computer information technology.

“I was graduating in May and was looking for a job in general,” Loudermilk said. “My professor knew the founders of Core10. It worked out really well. The timing was perfect.”

Loudermilk said she works in application development and data analysis. That is, she learns what clients need and puts data in usable formats.

“We all enjoy working with people at the same experience level here. A lot of people who work in Nashville are senior-level people, and they mentor us,” she said.

Zach Litteral, 22, grew up in a small Ohio community near Huntington. He graduated from Marshall this past spring, but he began working at Core10 before that.

“The first few months of this job were very interesting,” he said. “I worked 40 hours a week and studied 19 hours a week at Marshall. They only let you take 18, but I needed 19, so I had to ask for an extension. You don’t know how happy I was at graduation.”

Litteral said he is an applications developer who works under the direction of two senior developers in Nashville.

“This is one of the few places I’ve worked that if I don’t know something, that’s OK,” he said. “Every junior developer has a senior developer they can call at any time to get help.”

Blaine Anderson II is 27, making him one of the older people in the Huntington office. He said he has lived in Connecticut, Atlanta and Florida, but Huntington is a good place to be now, as he spent his elementary school and high school years in Cabell County.

Unlike his coworkers, he does not have a college degree, but he grew up building computers and working with them.

“I built my own computer when I was 9, maybe. Not out of a kit,” he said. “My brother was a programmer. My dad was a hardware person. I wrote my first line of code when I was 8.”

Farabaugh said the plan for now is to expand Core10’s Huntington office.

“I could see us with three or four centers across the state.”

Originally posted on The State Journal.

We Believe in Martin

Photo Credits: City of Martin In September, 2018, Core10 opened our office on Lindell Street, right next door to the Weakley County Press. Our team of new graduates from UT Martin spent their days in ...
Articles

Get to Know Core10: Tiffany Tobin

People often ask us what makes Core10 the thriving organization it is today. The answer is simple: our people! We’ve found that when we invest in our people and offer them well-paying tech careers ...