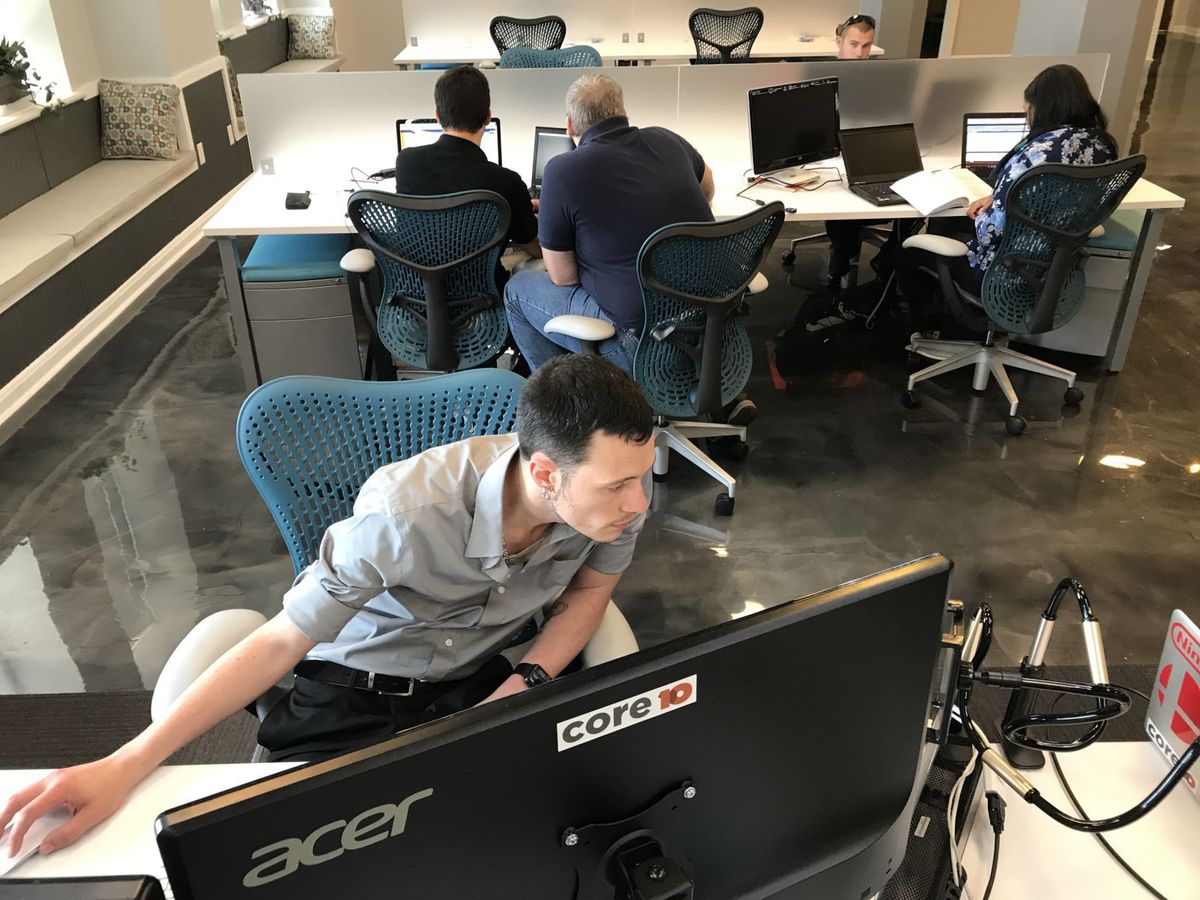 Lee Farabaugh remembers well the process when she and others wanted to form a new company.

They had the product. They knew their market. What they had to do was convince investors to part with their money and get the company off the ground.

The arduous process worked, and now Core10 has young people in Huntington writing custom proprietary software for clients in the financial services industry. Farabaugh is its chief operating officer.

Private investors and the West Virginia Jobs Investment Trust provided what was needed to get Core10 running.

Angel investors — who help get a company up and running — can be difficult to come by in West Virginia.

Andy Zulauf, executive director of the Jobs Investment Trust, or JIT, said state lawmakers enacted legislation about a decade ago allowing for tax credits for angel investing in the state. The legislation sunsetted about five years ago, he said.

“For all intents and purposes, angel investing subsided,” he said.

Angel investing — providing money for a startup or an expansion in exchange for a share of ownership – means taking a risk, and the tax credits reduced that risk, Zulauf said.

The JIT expects a monetary return on its investments, but it expects social returns, too, namely “good-paying jobs with good benefits with hopes the jobs would stay in West Virginia if there is an acquisition,” Zulauf said.

“There’s been little angel investing we’ve seen here. What we like to do is find parties that invest in startup companies or companies in a growth mode,” Zulauf said.

There have been success stories, such as Protea Biosciences in Morgantown, which specializes in bioanalytics. Sometimes these startups stay in the state. Sometimes they are acquired by larger companies outside West Virginia and their operations and jobs leave, he said.

That was the case with Vandalia Research in Huntington, Zulauf said. The company was developed by Marshall students who could produce large quantities of DNA.

“Vandalia was able to access capital as a result of having those tax credits available to individual investors,” Zulauf said.

A couple of years ago, Vandalia was bought by Applied DNA and its assets were moved to Long Island.

The same thing happened with Augusta Systems, a software company in Morgantown, and with a company called Threewide, which used angel investment tax credits to raise private capital, Zulauf said.

Core10 was one of the JIT’s more recent investments, Zulauf said.

Core10 grew out of a company in Nashville. Core10 rolled up the original company into its own operation, Zulauf said.

“They did this without having the tax credits,” he said.

Angel investors tend to remain anonymous, and their stories are told by other people.

Farabaugh remembers how one of the partners in Core10 – Huntington native Joe Maxwell – challenged her and others to raise all their capital in West Virginia. She said he told them, “That’s going to be harder than if you raise it in Tennessee, but you’ll be glad that you did.”

As part of due diligence, the JIT required Farabaugh and others to fill out an 11-page questionnaire, Farabaugh said. It required a detailed business plan. They had to explain what the company would do, what its market would be and how it would make money for its investors.

“If you have to write it down, you realize how many holes there are in your thinking,” she said.

And she had to explain all that in person to the potential investors. They peppered her with detailed questions. One thing she learned: “Don’t let them get confused. That’s the worst thing that could happen.”

The process wasn’t easy, but Farabaugh said she knows Core10’s management benefited from the process.

“They pressed us to be very diligent in our operations, our financial planning and all aspects of our business,” she said.

As for advice she would offer to people who might be about to go through the process of securing angel investors, Farabaugh said, “Pick people who understand the business you’re in so that you can ask them for advice.”

Originally posted on The State Journal.