A Sprint 0 Discussion with Alain Glanzman of WalletFi

WalletFi is a breakout startup, providing a useful and much needed service through their platform for managing recurring payments from one card to another. Late last year, Alain Glanzman, Co-Founder and CEO, and his team from WalletFi spent several days in our office to kick off Sprint 0 as part of an agile development project with Core10. (Want to know more about Sprint 0? See our earlier post explaining the benefits of Sprint 0.)

I recently sat down with Alain to get his take on the process and see how things went after the team returned to their office and the actual project kicked off. 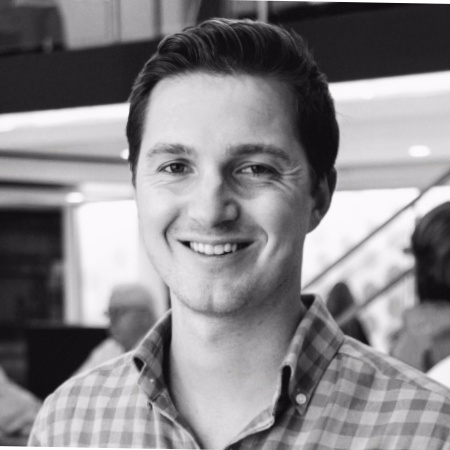 Lee Farabaugh: As a serial entrepreneur, you’ve been through software development projects in the past. Have you ever done Sprint 0 before?

Alain Glanzman: No, never a true Sprint 0.  I have had “discovery meetings” but these usually lasted an hour or so and didn’t truly get to the heart of what we were trying to build. The problem with the discovery meeting approach is that it allows for too much interpretation on the development side, which often leads to additional costs and rework. While a short call with your development team may seem like the most efficient way to begin a project, it rarely is in the long run.  After all, most startups can’t afford to be inefficient with their resources, especially at such an early stage of development.

LF: What was the Sprint 0 experience like for you?

AG: The Sprint 0 experience was eye opening for me. Having other people, in this case Core10, ask the hard questions and suggest other ways of doing something that we might not have thought of was an important part of the development process.  When it’s your product, you sometimes overlook better ways to do something because you are too close to it. In fact, I would be hesitant to do another software development project without going through a Sprint 0 first.

LF: Can you tell me a little bit about how your time was spent in our Nashville office? What happened after you and the team left?

AG: Most of the time in the office was devoted to uncovering every potential nuance of the product. We then worked collaboratively to create a very detailed development plan that has allowed us to stay on track from a feature and timing standpoint. Also, despite having previous startup experience, the WalletFi team had very little exposure to agile development. Core10 did a great job of walking us through Agile and making sure that everyone was on the same page. After we left and returned home, we even adopted aspects of Agile for our own company.

LF: What was the biggest surprise for you coming out of Sprint 0?

AG:The biggest surprise coming out of Sprint 0 is that it helped us to better understand our own product. Working in collaboration with Core10 and the development team provided us with an opportunity to ask as many technical questions as we wanted. This allowed us to come out of Sprint 0 with a detailed roadmap for a product that was even better than the one we initially set out to build.

LF: Have you seen the effects of upfront planning on the project, now that we’re in Sprint 3? What pitfalls do you think we’ve avoided?

AG: Definitely. Things are always going to change when you are building software but the upfront planning creates a foundation for you to build off of and iterate quickly. Because we are all speaking the same language, the changes are quick and don’t derail the timeline the same way they would if we had not invested the initial time and energy planning up front. The biggest pitfall that Sprint 0 avoids is having your development team completely miss the boat on what they think you want built. I’ve seen development projects go on for months before someone realizes that what is being built is completely different from what the founder or product lead envisioned.

LF: How do you think Sprint 0 could be further improved?

AG: It’s hard to say but I think setting expectations up front for Sprint 0 is the best way to improve it. The natural tendency as a client is to view Sprint 0 as an extra cost for time that isn’t being spent on product development. Hopefully references like this help to highlight the importance of it.

LF: Any other thoughts about Sprint 0?

AG: Sprint 0 should not be taken lightly. The days are intense and all encompassing. Going into it, I had the naïve notion that I would be able to respond to emails in between development meetings. However, Core10 worked feverishly throughout Sprint 0 and even when we took “lunch breaks” we would spend it discussing the product. As a founder, it’s always fun when you get to spend the day solely focused on your product with people who are also excited and invested in its success.

LF: What would you say to someone considering doing a Sprint 0?