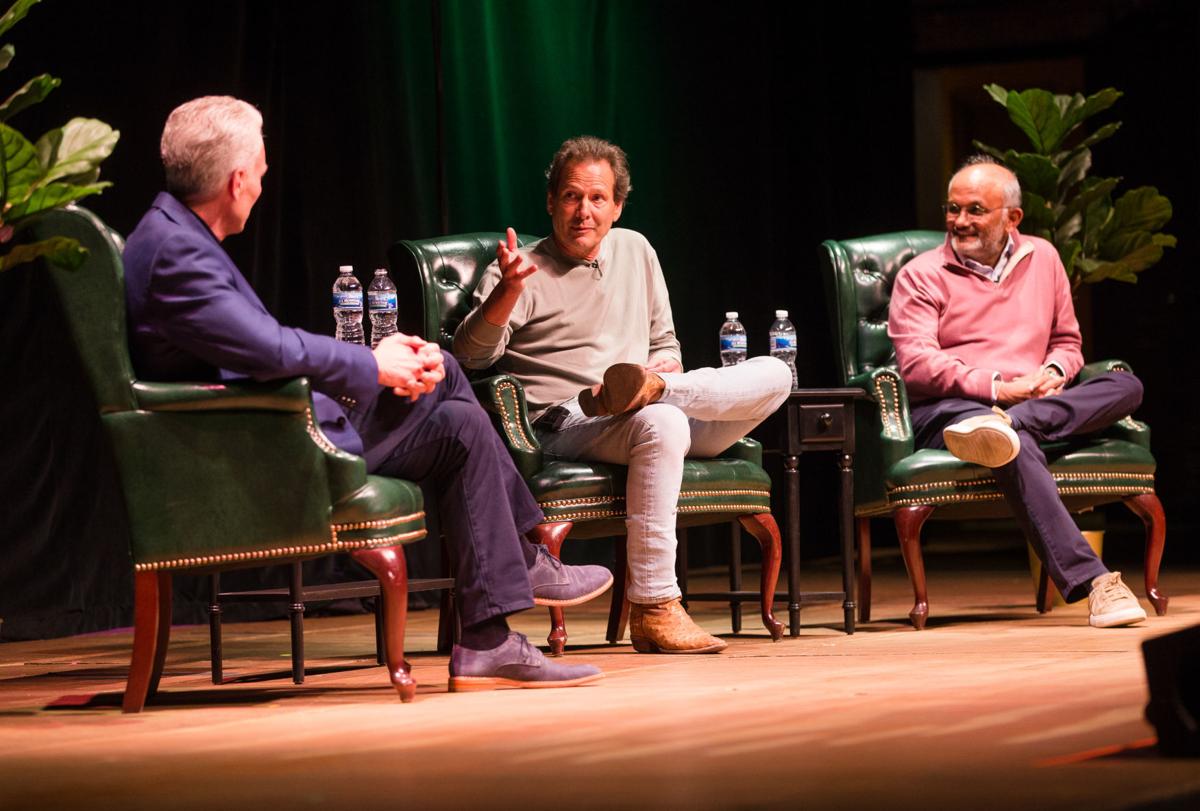 HUNTINGTON — Over 1,800 people packed the historic Keith-Albee Performing Arts Center in downtown Huntington on Wednesday afternoon to hear insights and advice from four of the world’s top CEOs.

“I believe this moment in time represents a crossroad,” said Smith, who served as the panel moderator. “It’s an intersection between our historical accomplishments and our future possibilities.”

Smith said as proud as he is of West Virginia’s accomplishments, he believes the time has come for change.

“It’s time for us to reimagine and transform ourselves, and in doing so prepare the next generation for the world they are about to inherit,” he said. “The world we are living in now is rapidly evolving.”

Smith said while new technologies bring magic to our lives in ways we couldn’t imagine just 10 years ago, they also bring change and disruption of jobs and of industry.

“They also accelerate the pace of change 10 times faster than we were experiencing just a decade ago,” he said. “That is an amazing and yet somewhat concerning future.”

Smith said we are facing something called the 75% reality.

“The 75% reality is the digital generation right now … 75% of them actually want to own their own businesses,” he explained. “They want to start their own company. They don’t want to go to work for another company.”

Smith said the second 75% reality is that 75% of all new jobs around the world are created by small businesses and startups.

“The third 75% reality is that 75% of venture capital money went to three places — California, New York and Massachusetts,” Smith said. “We are here to change that in West Virginia.”

Smith said there are bright spots all around West Virginia.

“Our policymakers on a federal and state level are shaping policy that evens the playing field so we can participate,” he said.

Smith said there are also exciting things happening with companies in the state.

“You have tech companies like Infor coming to Charleston, you have Core10 teaching coding skills and you have my own company, Intuit, opening up a prosperity hub in Bluefield and creating hundreds of jobs,” he said.

“We have our work cut out for us, but I stand before you today as an optimist.”

Smith says he sees two trails to the future for West Virginia.

“Education and entrepreneurship,” he said. “They are the great equalizers that level the playing field and transform tough realities into amazing possibilities. This is an example today of what Marshall, WVU and other schools are doing by bringing world-class leaders into our state, learning from their insights and experiences and helping us figure out how we can expose our talent to them so they know where great talent resides … right here in West Virginia.”

Narayen said he believes Silicon Valley became such an unbelievable place for business because of education.

“I think investing in talent is vital,” he said. “Everybody asks why are we not starting a company here or starting an office here, but the truth is that we go where the talent is, so there is nothing more important than education and investing in the workforce. The truth is we allow the best people to work from wherever they want. Access to capital is actually not the big differentiator. The big differentiator is access to talent. Get that next generation of talent, and that’s where every single company will go.”

Schulman says the talent you need depends on the position, but companies are looking for all types of talent.

“Everyone thinks all the tech companies are only looking for software engineers, but we look for people who are excellent in finance, in operations, in marketing and sales and customer operations,” he said. “Location is becoming increasingly less important. That is also becoming a great equalizer as well, because people can work remotely today because of all of the new technologies to do your job.”

Schulman says there are very few people who actually know what they are going to be doing 10 years from now, so he advises job seekers and entrepreneurs to just take the next step and learn from it.

“Whatever that next job is, there are going to be some really bad experiences and some great ones,” he said. “What you really like doing, you will excel at, and things you hate doing, you probably are going to do well. The only way to do that is through experience and taking that first step.”

The original Herald-Dispatch article by Fred Pace can be found here.